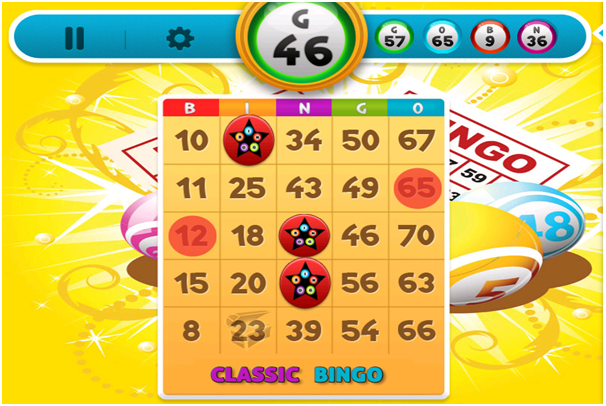 Though Bingo like Keno is one of the easiest game to play without any skill to win but there are certain types of Bingo games that makes things more easier to win at casinos. These type of Bingo games are found at land as well as online casinos and also its variants can be found at many Bingo sites.

You need to check with the site or online casino by going through their Bingo games menu and find whether these types of bingo games are offered to play or not. These are not new games but many of you already might have played or know the game before so here are the four types of such bingo games that will make winning a bit easier. 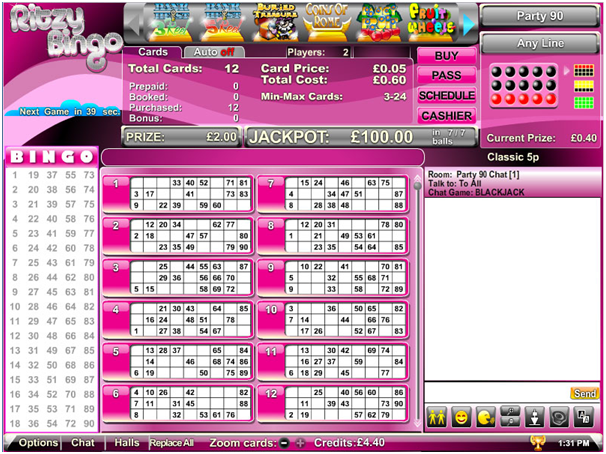 90-ball bingo has three rows and nine columns, using balls numbered from one to 90 and is usually played in three stages. It features one line, where players need to mark five numbers across the row; two lines, where the players need to mark 10 numbers on two lines; and then the full house, where players mark all 15 numbers on one card off. This game is found online more so than the other variants.

When it comes to 90-ball bingo games, there are 3 successive patterns that can bring you a win and each pattern has its own prize.

In some cases, players can collect all 3 of the prizes during one game if they are the first to achieve all 3 patterns.

In most cases, the size of a game’s payout is determined by the cost per ticket and the number of players who opted into the game. The higher the ticket price and the more players that join a game will cause the prize to be larger. Also there is a fixed minimum prize regardless of the number of players that participate and the price of the tickets. Extra jackpot can also be on offer in a select number of bingo games. Players can find all the details about a game’s jackpot in the info bar located on top of the ticket strips, ahead of a game and throughout the game. 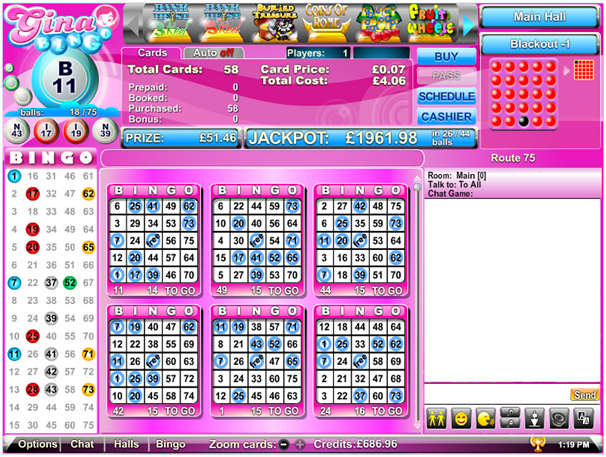 This bingo type is the most common variant played at land-based bingo halls, however it isn’t as widely available online. There are balls numbered from one to 75 with bingo cards aligned in five rows and five columns. The pattern can be simple or complex for players to achieve depending on the game and the aim is to daub the numbers in the pattern. In most cases, the size of a game’s payout is determined by the cost per card and the number of players who opted into the game. The higher the card price and the more players that join a game will cause the prize to be larger. Many casinos offer a fixed minimum prize regardless of the number of players that participate and the price of the cards. Extra jackpots can also be on offer in a select number of bingo games. 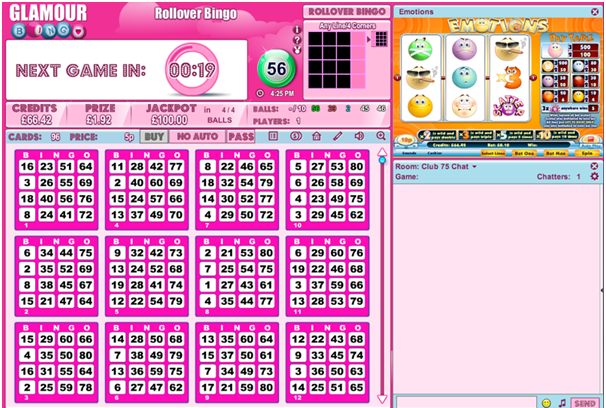 This variant is a mixture between 90-ball and 75-ball bingo and sees any line, the four middle squares, four columns, four corners, or a full house totalling 16 numbers to win. Each of the four columns is presented in a different color, and the numbers themselves are divided into each of those four colors, with 20 numbers comprising each group.

The numbers 1 through 80 are used in a standard 80-ball bingo game. In a live hall, a bingo caller will call each number one at a time until the winning card/s are identified. The same goes for an online game, though the computer software will select the balls. During a game, each number will only be called out once.

When a number is called, locate it on your card and use your dabber to mark it. In an online game, you’ll likely have the option to have the computer auto-dab your numbers for you, or you can do it manually. Some players like to dab their own tickets when playing online because it creates more of an interactive feeling, but the choice is completely up to you.

In a live hall, there will be an electronic board or screen that displays what numbers have been called, which will assist you in keeping track of the balls in play. Online, many sites will have an area on the screen that show the last 4-6 numbers called. In 80-ball bingo, the call board contains five rows of sixteen numbers, which are also represented by the four colors containing the 20 number intervals. 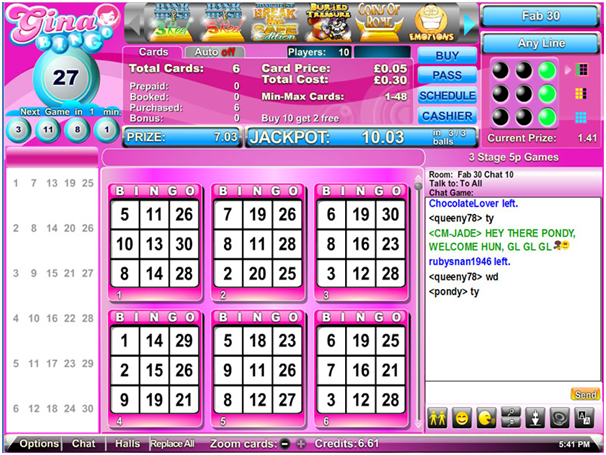 Probably the quickest bingo variant and the rarest to find as it is only played with 30 balls and uses a three row and three column card, with the aim of the game to fill all the nine numbers to the numbers being called out. This bingo game gets as interesting as addictive it is, not to mention the quickness. Most of the times, every player participates in continuous sessions more than once, given the high probability of winning the Progressive Jackpots.

Owing to the short duration of this game, the frequency at which it is played in a set time period is quite high. The higher the number of bingo games one can play in a time-frame, the higher their probability to win progressive jackpots. As the game consists of 30 numbered balls. Each card is designed with a 3 x 3 grid in which each column is numbered randomly in the following pattern –

As usual, you simply need to purchase tickets online to get into the game. Then sit back and watch while your game is taken care of by the auto-daubing machine. The game begins with Random Number Genrator (RNG) displaying numbers on the screen, and the tickets are auto-daubed accordingly. You win if you’re the first player to cover all the numbers in a single ticket.

Since level of ease is incredibly subjective, the easiest bingo variant ultimately comes down to you as a player. For example, if you find less numbers easier you will find 30-ball variants the easiest titles to play, while if you have learnt 75-ball bingo at a land-based bingo hall you will most likely find it the easiest variant to play online. This is necessary as an easy win usually coincides with an easy game.

Where to play these easy Bingo games online?

You can play these easy bingo games at online casino like Lucky pants bingo which offers Newbie 90-ball, a low limit bingo room with one card for just one cent, as well as with the ability to auto pick your cards to make things a bit easier. This means you can buy more tickets giving you more chances to win. However, the size of your winnings isn’t that high. For those who are after 75-ball, there are pre buy tickets that offer great easy bonus wins. For those who like a faster paced game but don’t want to compromise the number of balls, Lucky Pants Bingo also have a title called Turbo bingo which is a 90-ball variant but played faster. Also at Kitty Bingo you can find these easy to play bingo games. 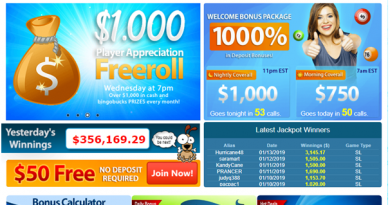 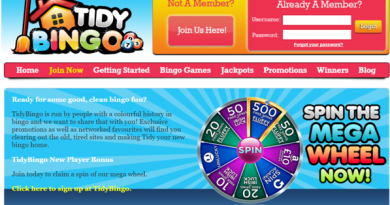 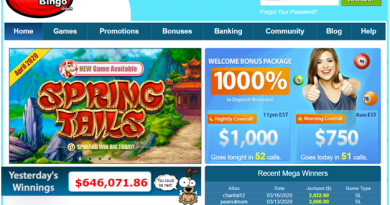