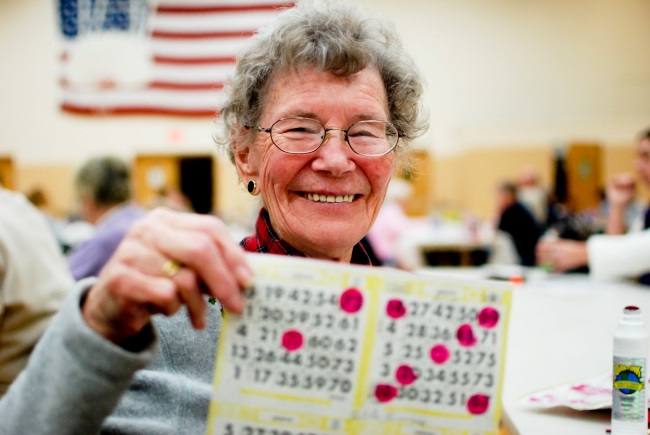 There are many reasons to play bingo. It is a great social game. You get to meet and talk to the other players at the game. It is a good fundraising activity for charitable organizations. Most of all bingo is fun to play. The anticipation that you feel waiting to hear that number and to get the match on your bingo card is hard to describe, but is fun to do. There is one other very good reason to play bingo. You can play games that give you a chance to win real money. That is one of the reasons that people flock to the casinos, RSL and Bowl clubs that offer bingo games. They hope that they will be lucky that day.

When you play a game of bingo there will be winners and there will be losers. If you want to be a winner, you have to know how to win at bingo.

Who is a winner?

So you are curious on what it takes to win the huge cash jackpots and prizes that are offered to play Bingo. You should know first that there are several types of bingo and there are also many different versions of the games. Also no matter if you’re playing bingo at online casino or at your local Bingo Hall, the game comes down to one thing, numbers. As you all know bingo is played using cards and with balls that are called at random. The card is made up of squares that are in a 5×5 pattern with a free space in the middle. Balls are then generated using an RNG or Random Number Generator. Bingo at local Bingo hall or at a club house doesn’t have any RNG and the balls are either picked by the caller or randomly using a ball blower.

The different types of bingo provide different ranges of numbers. They numbers that are used can range from 1 to 90, from 1 to 80 or from 1 to 75. Players are given a card that includes 15 numbers within the range spread out over the rows and columns of the card.

The different versions of the game are what decides what it takes to win any single game of bingo. The game may require a specific pattern to be matched on the card. A player may need to match all of the numbers on one line of their card or they may have to match the first and last number of each row on their card. It is also possible to have a game that requires a player to match a certain amount of the numbers on the card.

Each game of bingo that is played can include multiple versions. There will be a winner for each version of the game that is played. The winner of any version is the first player to match the pattern or the amount of numbers needed to win.

The way to use numbers to win Bingo is simple. Buy more cards! It is but not advised that you go above what you can afford, therefore make sure you play in a room in which you can effortlessly purchase as many cards as possible.

To put things in perspective think about it like this. You’re in a room playing bingo with 5 other people, making it a total of 6 players. If each of you purchased 1 card then there would be 6 cards total and the odds of each person winning is exactly the same. Now what happens if you were to play with 6 cards and everybody else had just 1? That would mean that there are a total of 11 bingo cards in the game, 6 of which are yours, which increases your chances from 16% to 54%! That’s a huge jump and it’s all from playing with more bingo cards.

What to do if you win

If you match the pattern or have the right amount of matching numbers, your bingo card could be a winner. The key is to let the person running the game know that you have a winning card. They will then verify that you card and the numbers are correct and if they are, you are declared the winner of that version. If you have a winning combination, but do not let them know, it does not matter, and someone else could end up winning as the next number is called.