As there are many Bingo variants to play and at online bingo sites, one such bingo variety is 30 ball bingo.  Each 30-ball bingo card is essentially a condensed version of the 75-ball bingo card and consists of a grid containing 3 Rows, 3 Columns, and 9 Numbers.

You can play this game online or offline and 30 ball bingo operates on exactly the same basis as previous versions of the game that’s been played in halls for many generations: the first person to complete a winning pattern of numbers wins. It’s still a game of chance, and it’s still a game that absolutely anybody can play to win some fabulous cash prizes.

A typical game of bingo begins with a player picking up a bingo ticket or strip. This can be done by selecting a ticket that contains some of your favorite lucky numbers or allowing the system to simply generate a ticket or two for you. When playing 30-ball bingo, you can pick up a strip by clicking the “Get New Strip” option, or alternatively select the “Auto Select Strips” box for the software to randomly generate one.

After opting-in by purchasing a number of bingo tickets, card-sales stop, and the ball-wheel starts spinning. The numbers are then drawn randomly. If a player has one of the numbers on one of their cards, they can go ahead and mark that number off – a process frequently known as “daubing”. With this version of the game, there’s one way to win – and that’s by filling up your card. For those a little new to bingo, this is known as a “full house”. Find a full house, and see the cash come flooding into your account.

The simplicity of the 30-ball bingo card allows players to pick up the rules of the game quickly, get a selection of different values that have the potential to pop up during the course of one session. With 30-ball bingo, all you need to do is fill out your 3×3 card with nine little numbers and you’ve won yourself a prize.

If you have the numbers that roll up on the screen – you’ll win what you’re entitled to. It really is as simple as that.

Online 30-ball bingo allows players to play multiple games in a matter of minutes even with your mobile. You can play this game at Australian friendly sites with awesome no deposit bonus. But note that not all bingo sites offer 30 ball bingo in their gaming catalog. 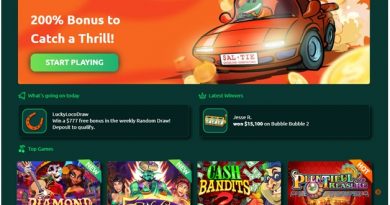 What Are The Bingo Patterns And How Do They Work In Bingo Game?