As there are many local clubs that offer Bingo rooms in Australia, one such is known as the Penrith Panthers club or Panthers world of entertainment which offers various games, world class restaurants, a high quality hotel and various other fun filled activities.

On June 2016 Penrith Panthers celebrated its 50th anniversary. In 2017 the $22 million dollar Panthers Rugby League Academy build was completed and opened and also the construction of the Royce started which will deliver a state of the art retirement village with 113 one, two and three bedroom apartments, as well as a 128 bed aged care facility started. The Royce is named after Panthers legend Royce Simmons and rooms will overlook the NRL training field.

In 2017, it was announced that East Side Quarter, a $500 million dollar 850-apartment master-planned development within the Panthers Precinct would commence the following year.

In 2018, the multi-level undercover car park building ‘P1’ was created. Also completed was a link bridge and new entrance into the club from the new car park building. Lakeview Bar was renovated as well and the Bottle Shop relocated from Players Bar to Lakeview Bar. The main gaming floor and the gaming VIP room received a $2.1 million refurbishment.

Currently Panthers Leagues Club sits proudly in the middle of what will become Panthers Precinct. Since 2007, Panthers Group has proudly donated almost $17,000,000 to the local community. The club boasts 11 restaurants, 7 bars, 12 meeting, event and function rooms and many games to play.

There are various games to play at Penrith Panthers. Poker players will also enjoy knowing that every Tuesday and Sunday there are deepstack freezout and $15 buy-in tournaments respectively to participate in. Other betting activites can found all week all around the facility such as bingo, raffles from Wednesday-Sunday, and Keno. Spending $10 or more on Keno rewards you with a stamp on your Panthers Keno Loyalty Card, and collecting eight enters you into a draw to win 10,000 Panther Points $100 value.

Finally, sports bettors will enjoy visiting the Platinum TAB facility which is outfitted betting terminals, 20 flat-screen TVs, and is connected to TC’s Sports Bar. There is a cool promotion you likely won’t find one like anywhere else, the Panthers give away $100 cash each week during the NRL season to anyone that nails all of their bets in a round and that has signed up for the contest ahead of time.

Bingo is prominent game here and the club offers various Bingo rooms. Drag Bingo is such a fun even which you can join on first Thursday of each month. The club host their bingo night in the opulent surroundings of Dom’s Cocktail Lounge and Prada Clutch, one of Sydney’s most well known and talented Drag Queens, host that night. The drag bingo starts at 8pm sharp and costs $5 per book.

Then there are standard bingo games to play

At the regular games, Club Bingo, or Kids Bingo as well as Disco Bingo are played differently. Each player has a card that consists of a matrix of five squares by five squares. The Caller is responsible for calling the random numbers as appear from the random number generator.  Callers sit near a massive screen that also displays the numbers that have already been called.  As the numbers are called, players use their dabbers to mark if their numbers have come up. The above continues until one player has covered a vertical, horizontal, or diagonal pattern of five grid spaces on their card or. As soon as a player has marked five consecutive squares on your card the fun begins and they get to call out that magic word: “B-I-N-G-O!” The first player to call out wins that game. These bingo game sessions are run all through the week where you could win awesome prizes.

Join the new Club Bingo & Cash Housie session every Wednesday morning and Friday evening! $29 for 28 games of cash prizes. There are 20 club games, one undercover game, ten cash games, one jackpot sheet, which is only $11. Bingo PET’s are also available for purchase! Purchase a full Cash Housie book for a ticket to a $500 Bonus Cash Draw, drawn Wednesdays 12:30pm and Fridays 9:30pm. Club Bingo & Cash Housie kicks off every Friday at 10am. Cash Housie starts every Wednesday at 10am and Friday at 7pm. All events take place in  TC’s Sports Bar at the club,

Bar and other events to enjoy at Penrith

Offering a staggering 11 different restaurants, and you can try their fresh seafood selections at Hank’s Bar, Lounge, and Bistro followed by a glass of wine at the Osso steak and ribs restaurant. Also offered is Harry’s Café de Wheels, an outdoor food truck-esque establishment serving up classic Australian comfort foods like tiger pies and a variety of pasties.

The bar options at Panthers are just as plentiful. In total there are 7 bars. If you are looking to watch some Aussie rules, cricket, or another sport, that are broadcasts all on their giant screens while serving up cold craft pints. At evening time you can enjoy DJ Paul who spins current hits and timeless favourites from 10PM-2AM. If you’re looking for a more relaxed environment The Terrace Bar offers an outdoor terrace overlooking a lake while serving premium spirits and cocktails. 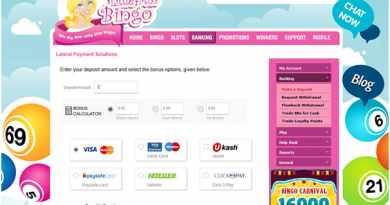 Payouts, Withdrawal and Deposit – The Bingo 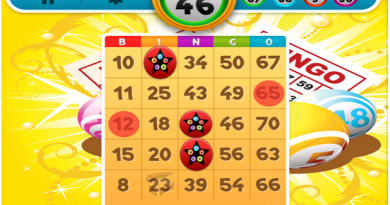 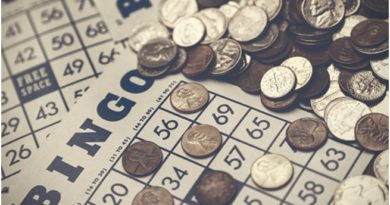 What Are 1P Bingo Games?